ABOUTSERVICES OUR WORKBLOGCONTACT
Getting Higher CTR on Your Content on LinkedIn

What's a good way to get more engagement and higher CTR on your content on LinkedIn The short answer is to have your employees share it.

LinkedIn shared some findings after researching how CTRs differ when employees share versus when their company shares. They looked for instances where employees had shared the same piece of content that their company had, and compared the CTRs.

They found that employees get 2X higher CTRs from their shares compared to company shares of the same content. The impact is grater for larger companies, but improvements were seen across all company sizes.

"Companies of every size benefit when their employees share content, but not everyone benefits equally," wrote LinkedIn's Nick Mangum on LinkedIn's marketing solutions blog. "In our analysis, we found that the biggest beneficiaries were large, enterprise companies with more than 10,000 employees. For this group of large companies, the median CTR was over 2.4x higher. Companies with less than 10,000 employees still had a considerable boost with CTRs over 1.8x higher than the original company shares." 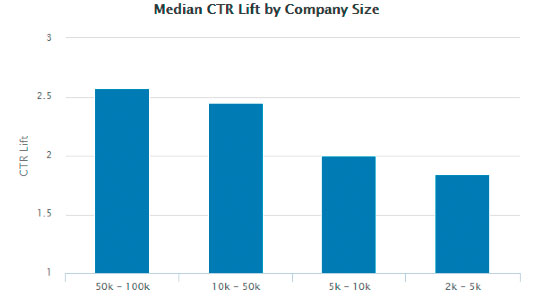 According to the company, the same benefits apply across verticals with Professional Services seeing the greatest CTR increase (2.4x). Education, Financial Services, and Technology all saw over 2X increases from employee shares as well. 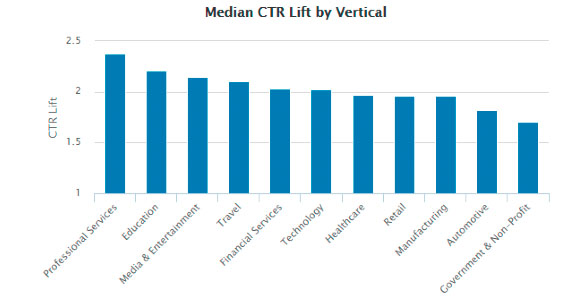 "These data points highlight that employees have an increasingly important voice in company conversations," said Mangum. "Whether your company is looking to improve content marketing, talent branding, or lead generation, the activity and authenticity of employees can help companies drive meaningful business results. And not only will it help with company engagement, but it also benefits the members by enhancing their professional reputation while driving more profile views and connections."

Noting the benefits to both the company and the employees, Mangum points out that some companies have been creating employee advocacy programs. LinkedIn suggests identifying a cross-functional group of employees you want to regularly share content, educate them on the benefits of sharing, providing social media guidelines, and making it easy for them to share by providing them with relevant content, along with pre-populated comments ton include in ther posts (possibly in a weekly email digest).

This is a particularly good time to start gaining more referrals from LinkedIn, as some are already seeing increases in recent months.

In January, reports emerged that LinkedIn had made some changes that enable you to get more traffic. This includes tweaks to its Pulse news reader that have turned into traffic spikes for some. This includes the addition of a feature called Universal Links, which loads Pulse articles within the app rather than sending readers to the mobile web. Another is a recommendation feature added in the fall.

Big publications have benefited, but there is potential for anyone with a blog - particularly related to business. Make sure you include the LInkedIn InShare button. You should take a look through this Slideshare deck as well.

ChartBeat recently noted that LinkedIn made a change that better attributes traffic to its service as well. This occurred in January.

AdExchanger is reporting this week that some business publications have seen significant upticks in LinkedIn traffic between January 1 and March 15.